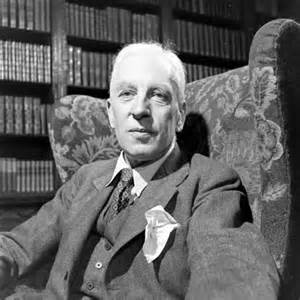 Arnold Toynbee, C.H., was born in London, 1889. He has been professor of Modern Greek and Byzantine history (1919–1924), Director of Studies at the Royal Institute of International Affairs (1925–1955), and Research Professor of International History in the University of London. His first book was published in 1915 and he has been a prolific author ever since. The first volume of his magnum opus, A Study of History, was published in 1934, and it was completed with the publication of the twelfth volume in 1961.

In a review in the Manchester Guardian, Noel Annan described Dr Toynbee as "a genuinely civilized, dispassionate cosmopolitan" and went on to attribute the outcry against 'A Study of History' from some of its critics to their rage at "his refusal to be a propagandist."

"How fortunate for us that 'A Study of History', one of the most striking analyses of life in our times, has been written by a man of such humanity and wisdom and with such a passion for inquiry. Today one feeling for his thirty years' labour must predominate. Admiration for an achievement which has made his name a household word and history something new and exciting to countless people who needed a wider horizon than the old European landscape. Admiration for the tenacity in completing a task from which he has not permitted war or private troubles to deflect him. Admiration for his humanism, for his sympathy for ages and peoples long departed from this earth, and for his magnificent feat of synthesizing such diverse and intractable material. The scholarʼs calling is, after all, to create order where none before existed; and to that calling Professor Toynbee has been faithful."